High school and college? Loved them! Not always the studying part and of course there was some of the requisite teen angst, but overall, I view those years as pretty amazing. So much fun! . . . friends! . . .music! . . . parties! . . .hormones! 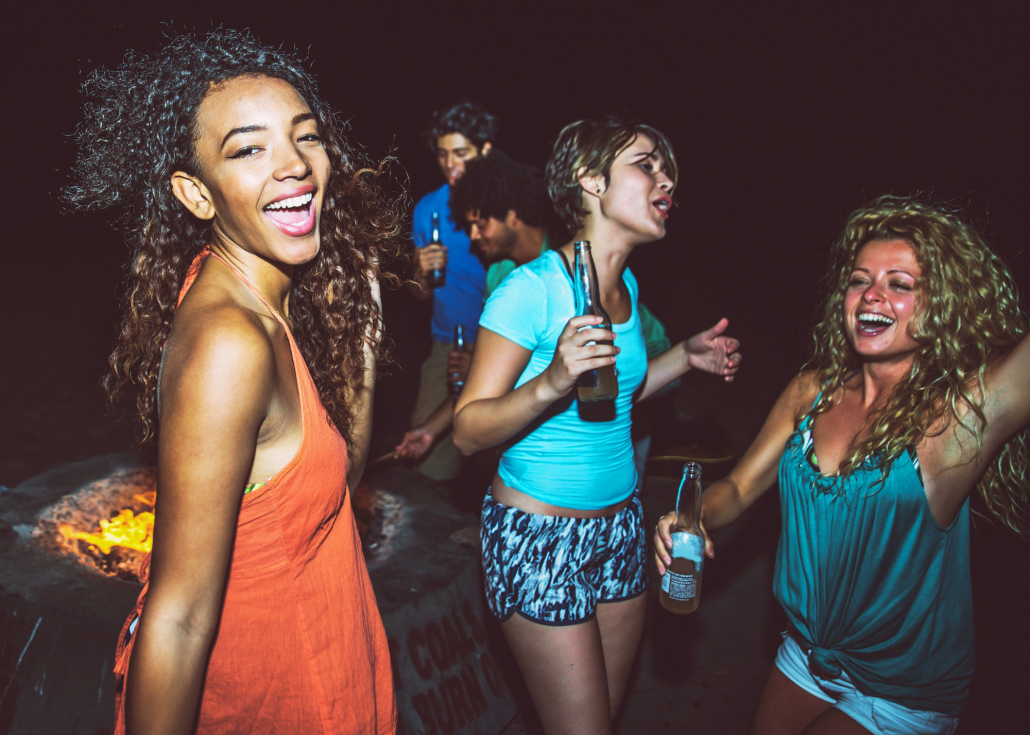 I recall fondly the excitement of getting ready with the girls, picking the outfit, putting on makeup, stealthily trying to figure out how and if we would be incorporating alcohol into the experience. Some gatherings were small, often at a friend’s house, a kickback in my kids’ lexicon. Sometimes far from small, a rager in my high school lexicon. Some such ragers happened in parks or on golf courses but most happened in the homes of a peer whose parents were clueless enough to leave town and entrust their teen to hold down the home front. Hard to believe those parents never saw Sixteen Candles or Risky Business!

It was all about fun and for most of my gal pals “getting together” with someone was an unspoken hope. With hormones flying and liquid courage abounding, these goals were attainable. For the most part, the goal of getting together/making out/hooking up was a realistic goal. We were a goal-oriented pack. Good times!

With music blaring and lights low, red solo cups and emotions filled to the brim – and sometimes spilling over – hello crying girl on the sofa, quarreling couple in the corner – the air was thick with pheromones and, as the night wore on, flirtation ramped up into action. Success came in the form of finally kissing that person you had your eye on.

Though fashions and music change and regardless of the passage of time, these sacred coming-of-age experiences remain the same.
So how does celiac play into the scene? When I asked Grace, she put it plainly: “I’ve been glutened by making out with a guy who was drinking a beer.”

Wow. I wasn’t sure where to go with that. Not because she was drinking underage, or because she was kissing random dudes, but because I never really believed that was a thing. Of course, I heard tell of a teen girl with peanut allergies who went into anaphylaxis from making out with her boyfriend after eating a peanut butter cup, but I dismissed it as urban legend or perhaps a subversive plot hatched by the coconut candy bar folks to cast doubt on peanut products and in doing so, increase their market share.

When I asked Grace what happened, she said it was the same as any other time she has ingested gluten: bloating, depleted energy, general malaise for about a week.

I rapidly regressed as I processed this information: You ingested gluten from someone else’s mouth? Eeewwww!!!

It is not an urban myth.  It happens. And unfortunately, it takes some of the fun out of the social situation.

Just like looking both ways before crossing the street, someone with celiac (or severe gluten intolerance or any other food allergy) ought to slow down and exercise caution before proceeding to fuse faces with another.

Even if you exercise caution, it can happen. If caught in time, some of the resultant awfulness can be reduced. Not that I ever see this happening, but a to-go pack of Metamucil (psyllium husk) can come in handy. Mix it up in your red solo cup and hopefully, some of the romance remorse will be reduced.

A burgeoning thought: I should consider going into advertising! Cue Lady Gaga. “Metamucil,  your remedy to bad romance.” I started by saying I felt like a premature granny. Now I am touting Metamucil. Seems fitting.